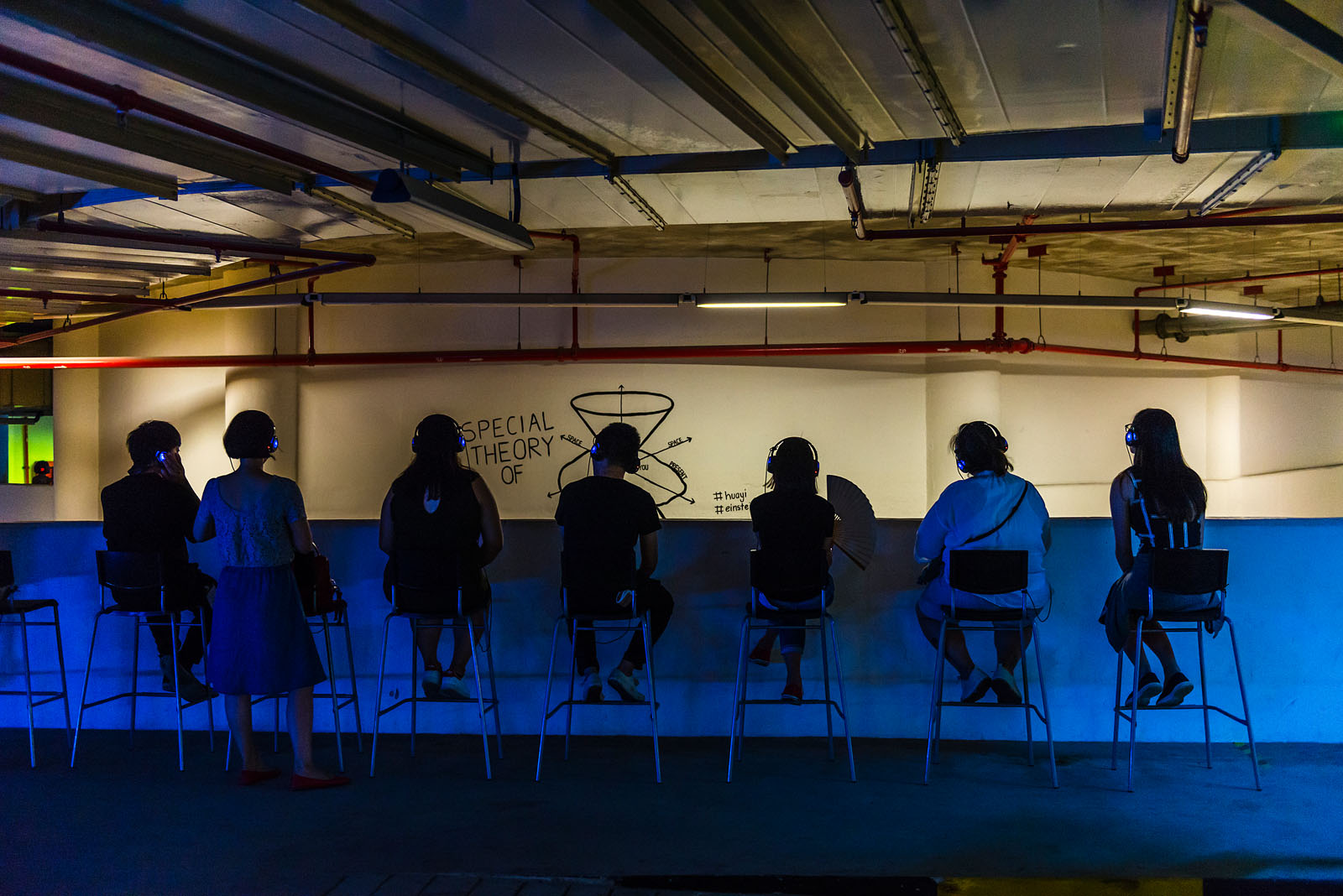 Einstein in the Carpark 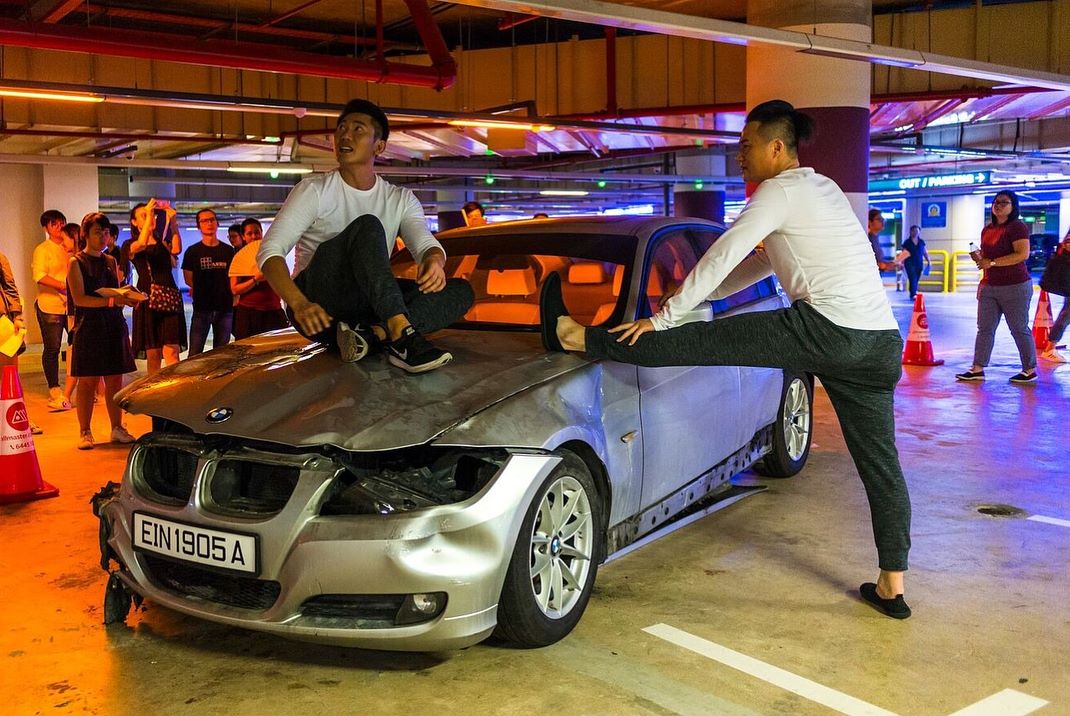 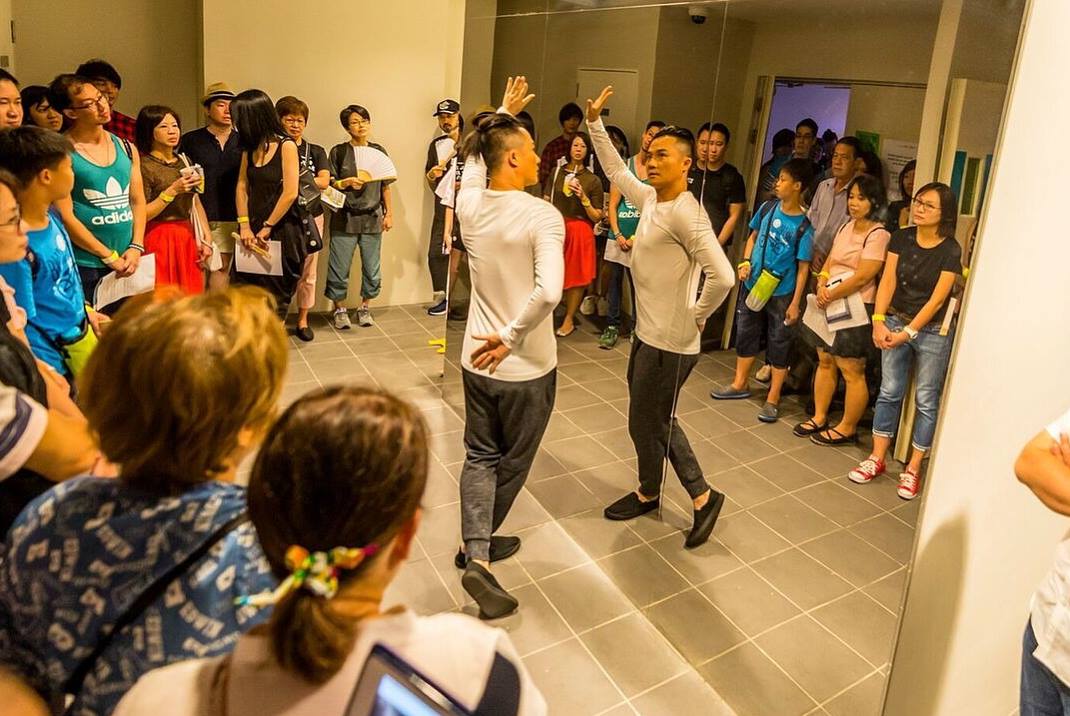 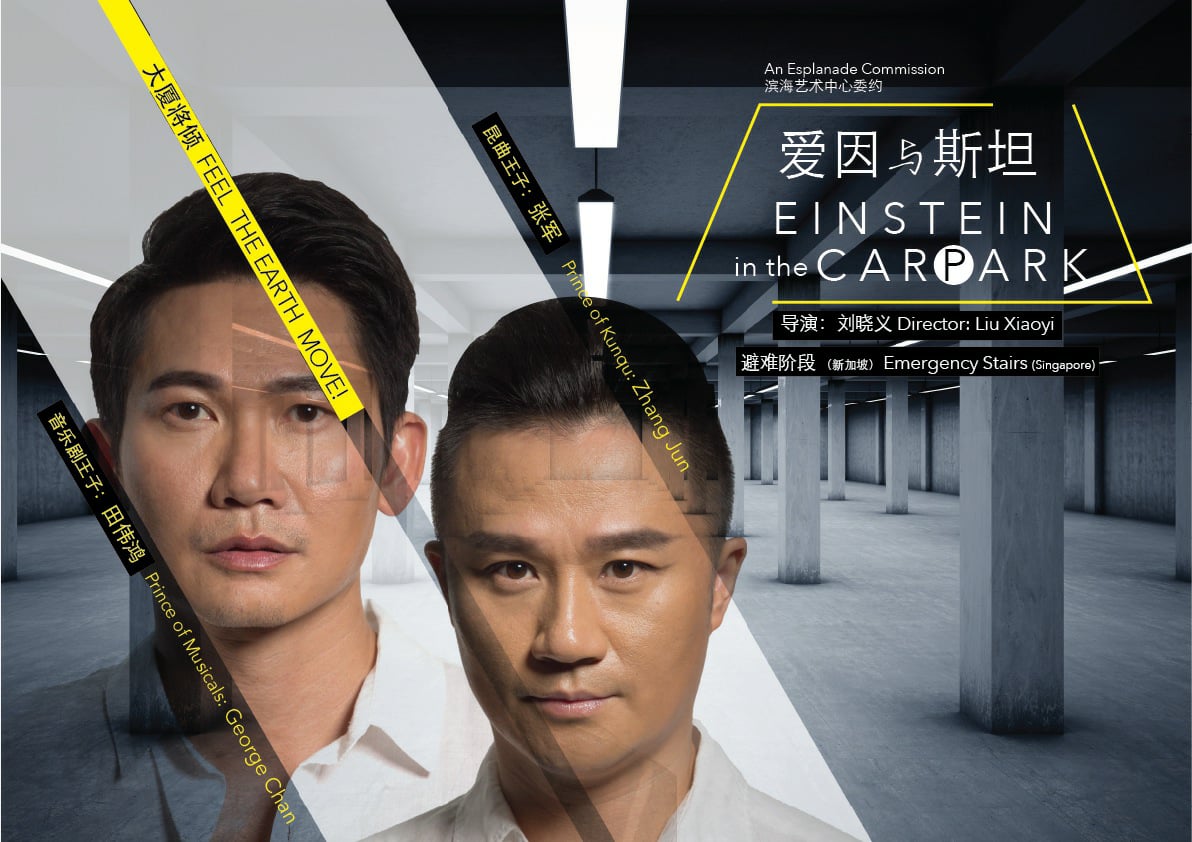 In the hauntingly quiet Esplanade B2 carpark, two men meet. One is Zhang Jun, possessing in him 600 years of Kunqu history. The other is George Chan, trained in musicals, the centuries-old Western art form.

An original work where East meets West through past and present, this site-specific production is a journey.

Einstein in the Carpark synopsis: there is no narrative. But here are some tips, to accompany your journey in this time and space.

1. You can’t use an old map to explore a new world.

2. Imagination is more important than knowledge. With an open mind, you will see plenty and discover more.

3. The vehicles that you see do not belong to Einstein. Please try not to set off any alarms.

4. You cannot love a car the way you love a horse. If you see a car coming at you or others around you, please get out of harm’s way.

5. The only reason for time is so that everything doesn’t happen at once. This journey is 90 mins long.

6. Once we accept our limits, we go beyond them. But you don’t have to test your limits, look for the bar stools if you really need to rest.

8. You may encounter Einstein.

9. The most beautiful experience we can have is the mysterious. You determine your own experience, which is also relative to fellow audiences on the same journey 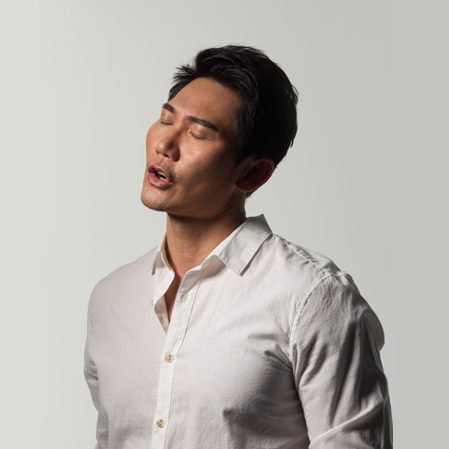 George Chan has developed his career in both the Singapore and European arts scene. Celebrity judge, artistic director, dance choreographer, singer and actor — these are some of the many hats he wears.

As a dance choreographer, his work includes Forbidden City: Portrait of an Empress, Godspell, Jacque Brel, A Singaporean in Paris, Into the Woods, Lao Jiu, A French Kiss in Singapore, Kumar – What Makes A Man A Man, Next to Normal, Dim Sum Dollies – The History of Singapore Part 2, Liao Zhai Rocks, and Company.

In 2012, Chan was given the task of show directing Ocean Butterfly’s 25th Anniversary Concert, crafting a show for 25 local and regional recording artists such as Kit Chan and JJ Lin. Some of his other work as a show director include: Liang Wen Fook Concert 2015, A Singaporean in Paris, The Hossan Leong Show 2010/2011/2012, Crazy Christmas 2011/2012, Happy Ever Laughter, Lao Jiu, A French Kiss in Singapore, Liao Zhai Rocks, Great World Cabaret, Jacque Brel, The Noose and Kakis 2, and Kumar’s sold-out one-man-show What Makes A Man A Man at the Esplanade Theatre.

Chan was Artistic Manager for The SAF Music And Drama Company between 2008 and 2010. 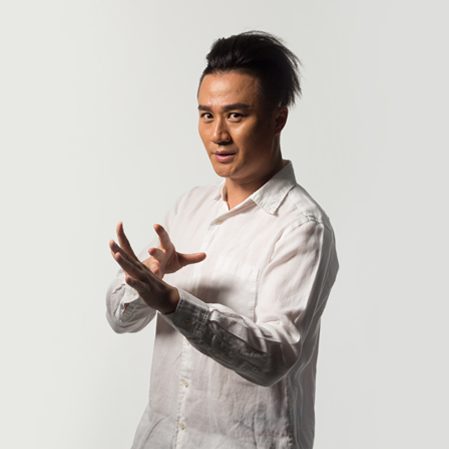 Zhang Jun, officially ranked as one of the leading performing artists in China today, was designated in 2011 as a UNESCO Artist for Peace in recognition of his longterm commitment to promoting the art of Kunqu, a masterpiece of the “Oral and Intangible Heritage of Humanity” proclaimed by UNESCO in 2001. Regarded as the “Prince of Kunqu”, Zhang specializes in the young-man role type. He has performed leading roles in such well-known operas as Peony Pavilion, Palace of Eternal Youth and The Jade Hairpin. Among his numerous acting awards is the Meihua (Plum Flower) Award, China’s most distinguished honour in the performing arts.

Zhang, a native of Shanghai, received his undergraduate degree in 2000 from Shanghai Jiao Tong University and his Master of Fine Arts in 2008 from Shanghai Theatre Academy. A student of kunqu since the age of 12, he has served as a professional kunqu actor in the Shanghai Kunqu Opera Troupe for 18 years.

Apart from his achievements as a performing artist, Zhang has devoted himself to introducing the kunqu operatic tradition to audiences, in particular to young people, throughout China and abroad. In his effort to promote the art of kunqu, he has worked with a number of performing artists in different fields, including the musician Tan Dun, the conductor Muhai Tang, the Japanese kabuki actor Ichikawa Emiya, the British violinist Charlie Siem, the Chinese-American pop singer Leehom Wong and American jazz master Bobby McFerrin. Zhang has also played the leading role in Tan Dun’s opera Marco Polo, which was nominated for a 2010 Grammy Award.

The Shanghai Zhang Jun Kunqu Art Center, a non-profit organisation founded by Zhang in 2009, aims to revive and promote kunqu through productions, research and education, and international cultural exchange programmes.

There are no sacred texts, no sacred visions. Emergency Stairs brings a playfulness and (sometimes irritating) irreverence to what we expect of “the classic” – where iconoclasts such as Bob Wilson and Einstein may very well both be red herrings. It stages performances of questions, not of answers.

– Corrie Tan, Arts Equator, Life isn’t a beach in “Einstein in the Carpark”

... Einstein in the Carpark is also very much about the death of the creator, since Liu claims that all these symbols are meaningless to him. He has merely synthesised and arranged a series of events. Participants are forced to make their own narratives, to make meanings out of the limited and carefully curated installations.

– Sam Kee, Arts Republic, The Death of Einstein and the Director in the Carpark