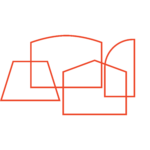 The Future Asia Project is a long-term intercultural exchange and performance creation.

Helmed by Liu Xiaoyi, the project will bring together traditional artists from East and Southeast Asia. Through research, workshops, dialogues and creation, a series of productions would be staged that reflected their interrogation and reflection of their culture and history in relation to the issues of living and creating in contemporary Asia.

In the past three years, we have created three important intercultural works under the Southernmost Project umbrella, namely Journey to the South, Journey to Nowhere, and Journey to a Dream.

Through the Future Asia Production Series, artists across traditional and contemporary Asian art forms would create a new interpretation of Asian contemporary art to create a new body of works and forms that reflect the new Asia and one that will belong to Asia.

The creation and production would be multi-year Asian-centric exploration from these art forms:

A series of three plays would be produced:

Kuo Pao Kun’s “The Spirits Play” will be used as a starting point for devising to explore the malleable nature of war and peace in the context of contemporary Asia.

“Play Spirits” examines how traditional arts, languages, religious rituals and other aspects of Asian cultures shape our perceptions and imaginations of the future of art.