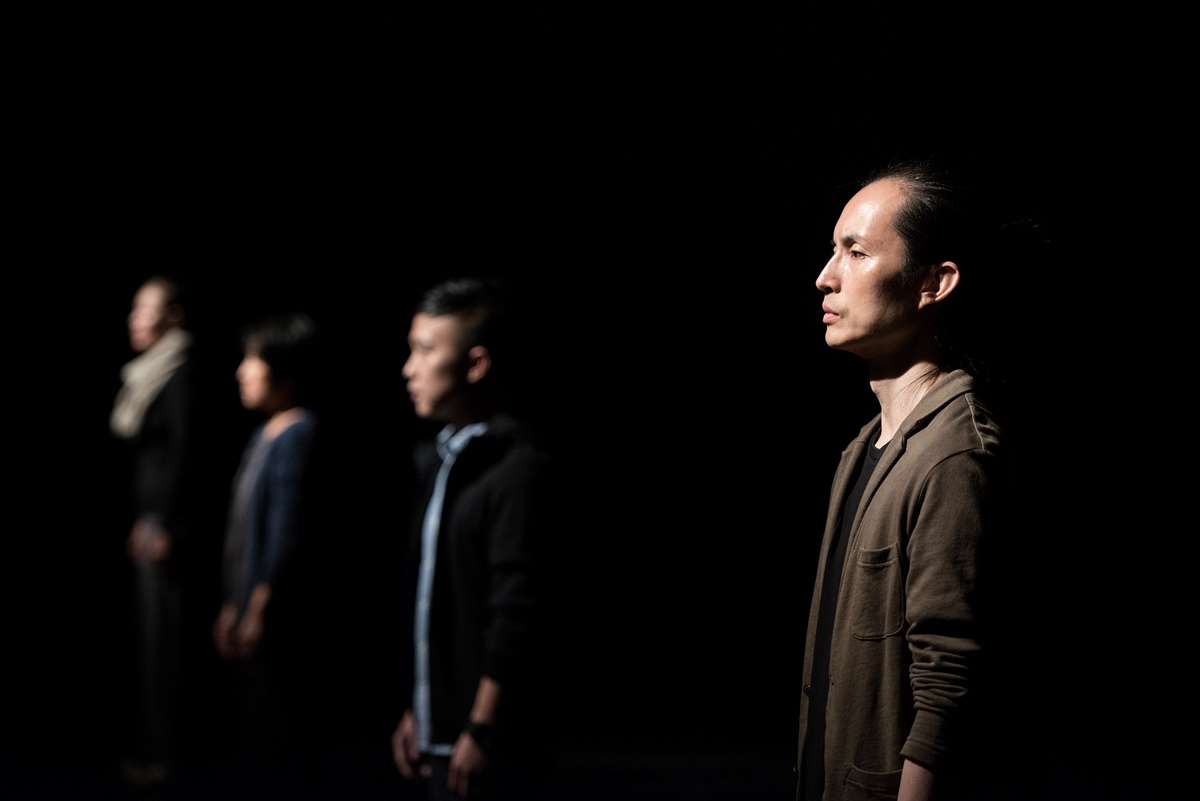 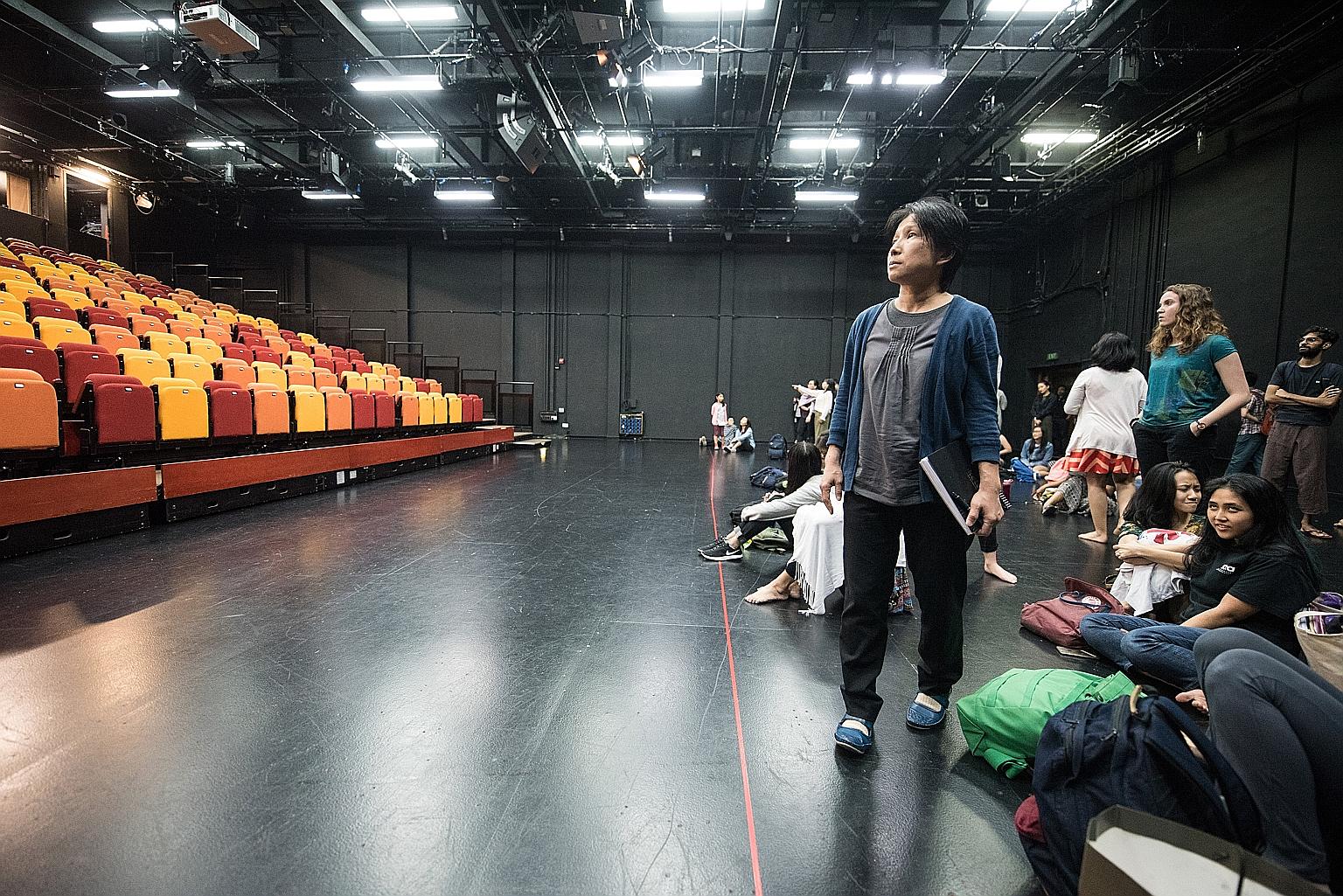 You will see no play.

Four nameless performers, in a space without boundaries. No plot, no love nor sorrow, no more roller coaster narrative. And the stage does not represent another place. What then shall happen in theatre? When all pretence is stripped, is everything then genuine?

In 1966, Austrian playwright Peter Handke rose to prominence with Offending the Audience, a play that challenged perceptions of theatre and rocked the establishment of the day. 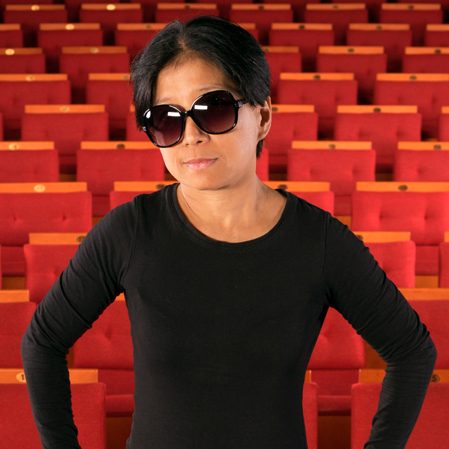 A performer, pedagogue and director, Ang is best known locally for the title role in the Chinese version of Silly Little Girl and the Funny Old Tree (1987) and being the artistic director (1995–1998) of Theatre OX. She began her theatre apprenticeship with Practice Theatre Ensemble in 1986 (now The Theatre Practice). Ang holds a BA degree in Theatre (with distinction) from University of Hawaii at Manoa (1992). She was a member of the Workcenter of Jerzy Grotowski and Thomas Richards, Italy (1994/1998-2006), performing lead roles and touring internationally with the company’s Project The Bridge: developing theatre arts: One breath left (UBU Special Award, Italy) (1998–2002) and Dies Irae: My Preposterous Theatrum Interioris Show (2003–2006).

Since 2006, Ang has initiated Sourcing Within, comprising international work sessions for theatre practitioners and students, as well as cross-disciplinary research in embodied practice, performing arts, anthropology and beyond. Ang recently submitted her Practice-as-Research PhD (Drama) thesis and worked as Associate Lecturer (2014–2016) at the University of Kent, UK. Her works are featured in scholarly journals and books of intercultural theatre, and she is the recipient of theatre award (1999) granted by the National Arts Council. 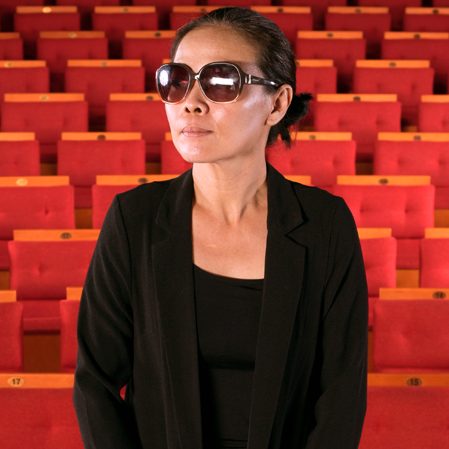 Li Xie is a freelance theatre practitioner who performs, teaches, writes and directs. Since 2004, she has been working closely with various communities such as women, youth, elderly and convicts from Singapore Selarang Drug Rehabilitation Centre. She has directed, written and facilitated forum theatre pieces dealing with SARS, AIDS, problem gambling, violence against women, palliative care, and migration/integration problems in Singapore. In 2002, she was invited to work with Headlines Theatre in Vancouver, Canada, in a series of forum theatre workshops with youth. She has also created newspaper theatre work Dua Dai Ji, touring the communities since 2005.

In 2011, she collaborated with renowned Hong Kong Experimental Theatre group Zuni Icosahedron to stage One Hundred Years of Solitude – Cultural Revolution in Hong Kong and Singapore at Huayi – Chinese Festival of Arts. She was also invited to conceptualise a site specific mystery theatre BODY X – The Wedding for Singapore Writers’ Festival 2014 and recreated BODY X – The Rehearsal in 2016. In 2012, Li Xie set up SOBX – School of Biomechanics for Theatre after 13 years of teaching, finally bringing her actor training system to Taiwan for the first time.

She was the recipient of the Young Artist Award by the National Arts Council of Singapore in 2006 and Straits Times Life! Theatre Award for Best Director in 2009.

Her most recent work It Won’t Be Too Long – The Lesson (Singapore International Festival of the Arts 2015) was also nominated for Best Director and Best Production. It was invited to be restaged in Taipei in 2016. 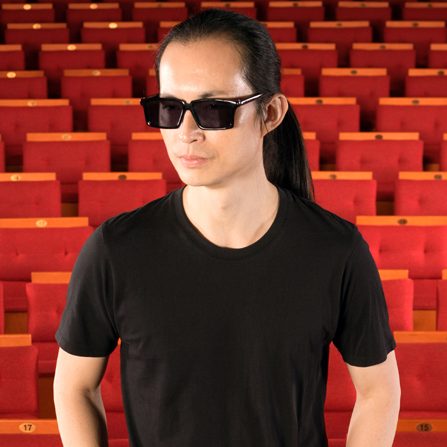 Nelson Chia is an actor, director and theatre educator. For more than two decades, he has been performing in English and Mandarin productions, taking on major and leading roles. He has directed 23 major productions and was commissioned for a consecutive three years by Esplanade – Theatres on the Bay to present works at Huayi – Chinese Festival of Arts. He is a two-time winner of both the Best Actor (2011 and 2013) and Best Director (2014 and 2015) categories at the Straits Times Life! Theatre Awards.

In 2012, Chia co-founded Nine Years Theatre (NYT) with his wife Mia Chee. Within a few years, NYT has grown to become one of the key players in the scene. Through his direction, the company has not only managed to revive the interest in production of classics within the Mandarin theatre audience, but has also raised the awareness of training among the actor community. Chia has been training regularly in the Suzuki Method of Actor Training and Viewpoints since 2008. He studied these methods with the SITI Company in New York and the Suzuki Company of Toga in Japan, and performed at the Toga Summer Festival.

In 2013, he created the NYT Ensemble Project (NYTEP) with an aim to establish a company of ensemble actors who train regularly in a systematic way and create together over an extended period of time. Up till now, NYTEP is the only ensemble of this nature in Singapore.

Chia is currently the artistic director of Nine Years Theatre, and the director of the NYT Ensemble Project. 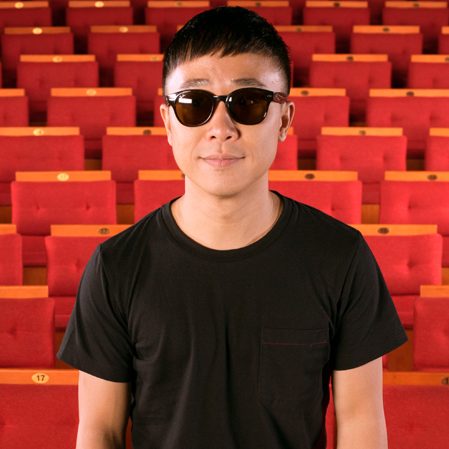 Oliver Chong is one of Singapore’s most versatile and multitalented directors, playwrights, and actors. Some of his memorable works include Roots, I’m Just A Piano Teacher, Cat, Lost & Found, The Book of Living and Dying, and Citizen Pig. He has been nominated several times for his acting and directorial efforts at the Straits Times Life! Theatre Awards. In 2011, he won Production of the Year for A Cage Goes in Search of a Bird with his actors’ collective, A Group of People. In 2013, he won Production of the Year and Best Script for Roots.

His nominations for the Straits Times Life! Theatre Awards include Production of the Year and Best Director for I’m Just a Piano Teacher, and Citizen Pig; Best Actor for Roots, Invisibility/Breathing, and Art; Best Supporting Actor for Flare; Best Ensemble for Shit Hole, First Family, Rashomon, and A Cage goes in Search of a Bird; and Best Set Design for Twisted.

Resident Director of The Finger Players since 2005, Chong is also a founding member of A Group of People.

Liu has expanded upon Handke's use of paradox in the play by having an audience who is unable to successfully carry out its role as an audience – there is no play to be watched, and we are not occupying the audience seats ... He has created a spectacle without pictures in response to the normalcy of the passive audience.

It is difficult to offend audiences these days. It is far easier to bore them, to fail to make a connection with them.